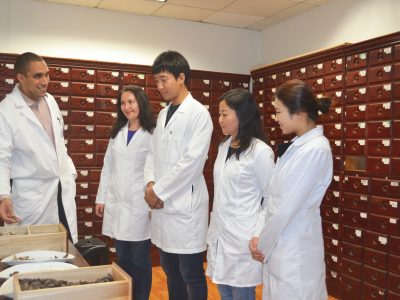 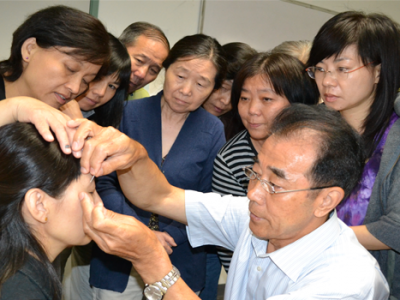 Doctorate of Acupuncture and Oriental Medicine 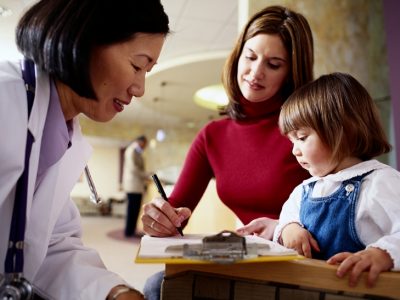 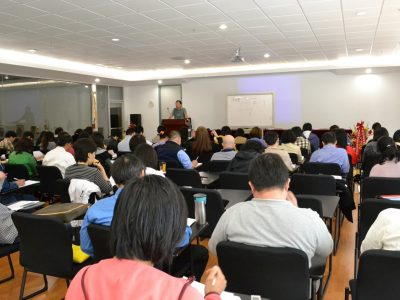 OUR ADMISSIONS TEAM IS
STANDING BY TO HELP YOU 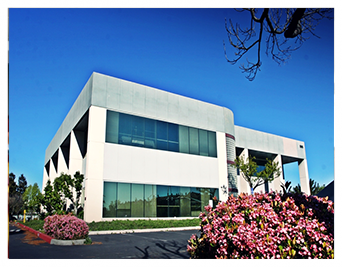 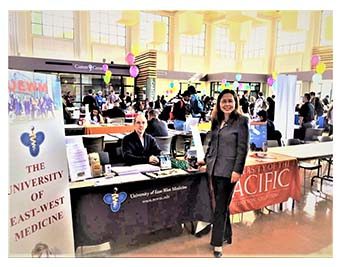 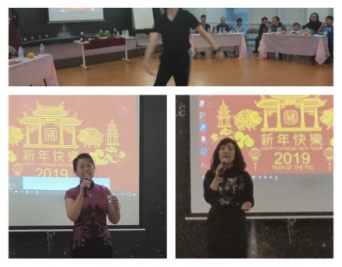 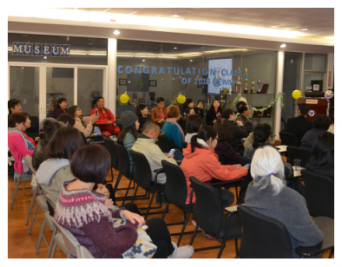 HOW REAL PEOPLE SAID ABOUT UEWM


Best acupuncture I ever visit, this is a university with students and doctors and their equipment and traditional medicine is provided at less expensive price. No appointment, just walk in and first come first serve. And special thank you for “Summer” and “Winter” my favorite students at all time. Congratulations on your graduation next month. Thank you for giving your best experience


After taking Qi Guan lessons with Dr. Wang for three months, my posture is getting better. I am standing straighter than before, plus my waist is smaller and it has increased my energy a lot.
No more need for naps in the afternoon, now that my sleep at night is more deep and restful. I wake up without tossing and turning, and every morning my blankets look neat like I am just about to get into bed. Sometimes, I think did I actually go to sleep last night?
I am so happy to have rejoin Dr. Want to learn HeGuan glorious Qi Guan after a 28 years break. Dr Wang also uses acupuncture and helps us open meridian points. I would highly recommend to anyone who wants to improve their general health and sleep quality to come to this place!!

UEWM, thank you for your program! I am a self-starter and deeply motivated, but needed the guidance to the right materials. I chose your school because of the high quality of graduates you send onwards to the California Acupuncture License Exam.

Your support these past 3 years gave me all the foundations needed to pass the California Acupuncture License Exam and receive my MSTCM.

I am ramping up to come back for the DAOM, so see you again soon!

Rating From a DAOM Student

I just want to make a testimony about study in the DAOM program. The Doctoral program (DAOM) at the University of East-West Medicine is unlike any other I’ve observed. Every part of the program is geared towards putting the students’ needs first. Not only are the teachers chock full of clinical experience, but they are actually willing to share and teach from that personal experience. Free discussion is encouraged on all kinds of clinical challenges, making the school environment a nurturing atmosphere that is truly conducive to a holistic education. The openness of the classrooms is reflected even in the comprehensiveness of the curricula, proving once again that the university’s primary goal is to provide a complete and quality tutelage for all students. Besides the professors, even the administrative staff holds the collective goal of providing any and every resource for each individual student. They work with students to ensure the accommodation of their needs in every way possible. I consider myself incredibly lucky to be part of this DAOM program, as not only is it an affordable program, but I believe it is also one of the best one.


Committing my future to the University of East-West Medicine has turned out to be one of the most important and amazing decisions of my life. It feels so absolutely right and I only regret that I did not start sooner. Studying for my goal of DAOM achievement is exciting and a Challenge that is changing my life already in many ways. I have learned a different way of looking at health and diseases with the help of my professors. I want to particularly thank one lady teacher Miss, SHANSHAN LEE
who explains so clearly and precisely. She makes things easier to understand while she is so patient. She takes the time to be sure you get the full picture.


I am a student here and I will graduate by the end of this year! I have already been internship at the clinic. I have always liked Chinese medicine very much. I didn’t expect to have a chance to become a professional acupuncturist in the United States. I am very grateful to the school having Chinese class too, which solved my very big trouble!


In the afternoon on April 19, 2017, I came to University of East West Medicine hoping to find a doctor who could treat my post-concussion headache caused by a rear-ended car accident in February. When I learned that Dr. Wang knew how to open the gates in the body, I was willing to give a try.
After the car accident happened in February 2017, I had a severe headache and could not sleep in the night. I went to Stanford Emergency Care, seeing the doctors in Stanford Emergency Department, my primary doctor, and the doctors in Stanford Concussion Clinic. They could not find the reasons causing the headache. The only medicine I received was Tylenol. From February to April, I took 42 pills of Tylenol and 11 pills of Motrin. But it only temporarily relieved the pain. The doctor in the Concussion Clinic gave me a referral form so I could find a therapist near me. But the Therapist canceled the appointment the day before the appointment because the approval from my medical insurance was not received.
My work requires a lot of brain thinking which caused a constant severe headache. I became nervous in the day and was not able to concentrate while I was working. I was afraid of the symptoms I had: severe headache, insomnia, depression, and lower back pain caused by the car accident.
I heard a friend recently had a car accident and his headache was cured in the University of East-West Medicine. That was why I came to University of East-West Medicine. I was glad that I met Dr. Wang on April 19, 2017. Dr. Wang checked my neck and said that I need to have an X-ray on the neck and spine because the blood circulation in the head was not smooth. He said that I looked very depressed. With Dr. Wang’s referral, I took X-Ray in Image Center. The report of the X-Ray says “Hyper-mobility on extension at the C3/4 level…” The X-ray report indicated that my spine cord at C3/4 had shifted 2mm which caused headache. On April 21 I brought the X-Ray report and CD of the X-Ray to Dr. Wang. Since then I visited Dr. Wang three times a week for a few weeks. After that I received treatment twice a week. He gave me acupuncture, hot Chinese medicine bag, massage, and opening the body gates. I started to join Chi Gong class. From Chi Gong class, I learned Herguan quantum glorious universe and the beauty of the harmony between universe and human body. How the energy of the universe can come into human body and drives away the pains and diseases after the body gates are opened. Every night before I go to bed I practiced 30 minutes Chi Gong that Dr. Wang taught in the class. I was able to sleep deeply in the night since I practiced Chi Gong. I stopped taking Tylenol and Motrin. I noticed that after three weeks treatment my walking steps were faster than before. The energy came back to my body. I was able to smile naturally. The most important was my headache reduced from level 7-8 to level 2-3. I was able to concentrate when I was working. After a five months treatments, the pain in the head was under the control. Depression and lower back pain disappeared.
Dr. Wang noticed that my blood pressure was high since the first day I came to the clinic. (My blood pressure was normal before the car accident.) After one month treatment from Dr. Wang, the blood pressure became normal. To my surprise was my headache had a big improvement since then. I felt no more sharp pain in the head.
The intern students in the University of East West Medicine are kind and care the patients. I am impressed for their professional attitude, knowledge, diligent, and eager to learn.


I find the treatments at East-West Medicine highly beneficial.
It is a teaching University so you will experience different students/Drs treating you. I esp enjoy Amy Jung and Dr. Wu. They have been exceptionally helpful!


The school deserves a five star rating because the combination of varies factors make this school a preferred place to be. It has a large Chinese language program, probably the largest in California. Both Master’s and Doctorate programs in both English and Chinese languages are accredited by the U.S. Department of Education. The tuition is competitive. The location is excellent. Most importantly, it has a very high passing rate for the state acupuncture license exam.